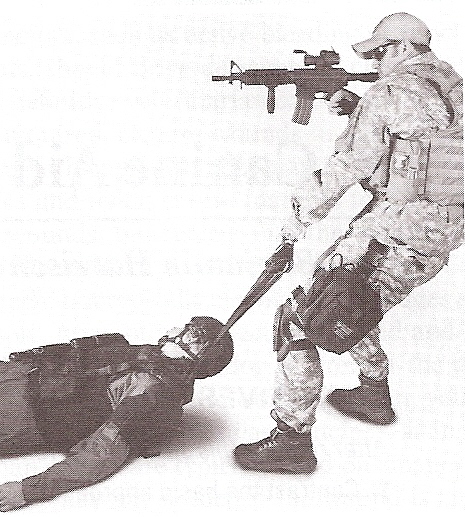 Now that we’ve moved into 2010, I am pleased to announce that Tactical Anatomy Systems is opening several new Courses of training. These include the following:

I realize there are hundreds of tac-medic classes out there. Most of them are taught by ex-military medics who have a ton of practical experience gained in the Sandbox, but little or no formal teaching training and–I’m told–highly variable levels of teaching skill. The level of training is really variable as well… one friend came back from a class and told me that the instructor talked over their heads, and most of the subject matter was about the heroic things he had done in Iraq.

TAS’s TTGSW class is different for several reasons. First, it is an operator–level class. It’s meant for the average cop who may or may not have taken high school biology, has his BLS/first-responder credential, and that’s it. Because I have over two decades of teaching experience at the high school and collegiate level, you can be confident that I will not be talking over your head.

TTGSW’s objectives are simple and straightforward: to place in the hands of every patrolman/operator the half-dozen basic techniques he needs to save his life or that of his brother officer in the event of a catastrophic wound in the tactical hot zone. We piloted the new curriculum in Nashville in November of 2009, and the results were overwhelmingly positive. Metro Nashville PD instructor staff will begin training their entire police force in these methods this year, and other agencies are looking hard at getting their people trained as well.

Please let me know if you’re interested in hosting this class, as the 2010 training calendar is filling up fast.

We have had several highly successful TAS classes for non-LE personnel and are expanding this program in 2010. This is a somewhat simpler form of the 8-hour Shooting With Xray Vision class I’ve been doing for LE groups since 2004. It contains all the same information on where ethics, terminal ballistics and terminal effects, GSWs and incapacitation, and human anatomy and physiology as it relates to effective stopping power. It also includes a module on the judicious use of deadly force, which LEOs all learn in the academy training, but most civilians have no knowledge of.  Watch this website’s  calendar for upcoming classes.

Force-on-Force Classes for LE and Civilians

Partnering with my long-time friend and training partner, David Maglio, Tactical Anatomy Systems will be offering innovative force-on-force training for both LE and civilians in 2010. Dep. Maglio is certified by the Wisconsin Dept. of Justice as a LE firearms instructor and is certified as a SIMUNITION instructor as well. We have both done extensive force-on-force training. We have purchased a full set of SIMUNITION equipment and have a secure training facility in the Milwaukee area, and we have piloted the classes we intend to offer with unexpectedly good outcomes.

In addition, we have also purchased an IES Corporation MILO computer simulator. This incredible technology allows the student to interact with a full-size simulated human adversary in highly realistic scenarios. I have been using a set of MILO scenarios that I co-developed with IES for the past 3 years in our 8-hour and 16-hour LE classes, and the results have been spectacular. People love shooting these scenarios.

Now that TAS has both of these force-on-force training systems, we can offer a blended FoF curriculum that will blow your doors off, whether LEO or civilian. Classes will begin no later than March, 2010, and class size is necessarily VERY limited. Watch this website for class announcements. 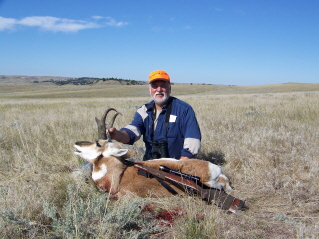 Nah, I’m not really taking on pronghorn guiding as a sideline. I just wanted to put up a pic of the dandy speedgoat I shot out near Lusk, WY, in September 2009.

Category: Blog
Leave a Reply Cancel reply
Recent Posts
Archives
Categories
We use cookies on our website to give you the most relevant experience by remembering your preferences and repeat visits. By clicking “Accept”, you consent to the use of ALL the cookies.
.
Cookie SettingsAccept
Manage consent