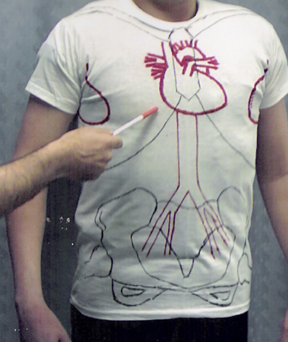 Every year the FBI’s Uniform Crime Report and other Department of Justice documents demonstrate that private citizens used deadly force justifiably in self-defense roughly twice as often as police do. Dr. Gary Kleck in his landmark study published in the Journal of the American Medical Assocation in 1996 proved that private citizens use firearms in defense against criminals more than two million times annually.

Given these facts, and recognizing that Americans’ right to keep, bear, and use firearms is guaranteed by the Second Amendment of the Constitution, Tactical Anatomy Systems™ is honored to offer the same training in 3D target visualization to qualified private citizens as we offer to police. By “qualified”, we mean anyone who can legally own/carry a firearm and provide proof of good character (e.g., a valid concealed carry license).

Our 8-hour Tactical Anatomy for Civilians class includes all the classroom topics covered in our law enforcement Shooting With Xray Vision class, and special emphasis is given to understanding of the judicious use of deadly force, from state statutes and U.S. case law.

Category: Training
Leave a Reply Cancel reply
Recent Posts
Archives
Categories
We use cookies on our website to give you the most relevant experience by remembering your preferences and repeat visits. By clicking “Accept”, you consent to the use of ALL the cookies.
.
Cookie SettingsAccept
Manage consent