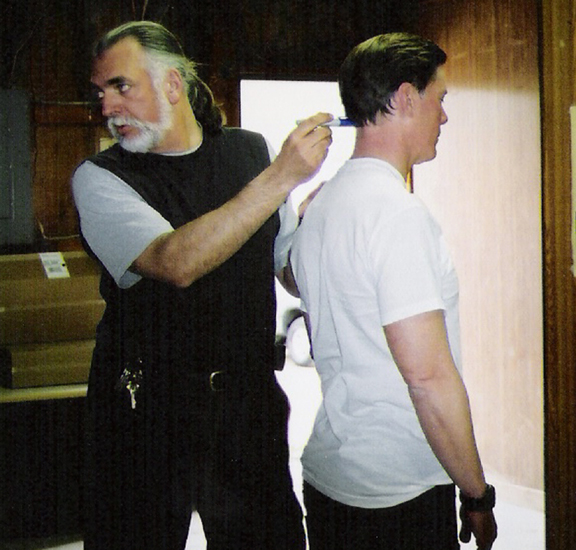 Tactical Anatomy is an innovative approach to marksmanship that has begun to revolutionize law enforcement firearms training. Developed over years with input from the police firearms training community, Tactical Anatomy training is primarily designed to enable police firearms instructors to teach anatomically effective marksmanship skills to recruits, SWAT teams, and patrol officers. But we recognize that lawfully armed citizens of all stripes have the right to access this training, so we offer civilian classes as well.

Tactical Anatomy Systems™ isn’t just trying to sell a “new” target or hardware system. Our Shooting With Xray Vision course, which has been adopted as standard training by dozens of police organizations in the United States and Canada, represents a truly original approach to deadly force training that will maximize your officers’ likelihood of not only surviving, but winning any deadly force scenario.

Tactical Anatomy training is a system that utilizes proven principles of adult learning theory to yield rapid, retainable skills resulting in dramatically improved performance in Officer-Involved Shootings. We train law enforcement officers in the critical anatomic zones of the human body, and how to visualize these vital zones in 3 dimensions from any angle of presentation. Then we teach them how to bridge the gap between 2-dimensional range firearms competency and the 3-dimensional anatomy of the human body.

This allows them to make anatomically effective placement of their shots from any angle: rapidly, accurately, and reproducibly. By knowing where to place their shots for rapid incapacitation of the offender, officers can terminate deadly force encounters decisively. Swift conclusion of a gunfight means fewer shots fired by the offender, which means reduced risk to law enforcement personnel and to bystanders.

In documented Officer-Involved Shootings by SXRV-trained officers since 2003, results have been overwhelmingly favorable. You owe it to your agency, yourself, and your loved ones to adopt the skills that Tactical Anatomy Systems has trained thousands of law enforcement professionals in.

Category: notify
Leave a Reply Cancel reply
Recent Posts
Archives
Categories
We use cookies on our website to give you the most relevant experience by remembering your preferences and repeat visits. By clicking “Accept”, you consent to the use of ALL the cookies.
.
Cookie SettingsAccept
Manage consent